Back to all articles

The Cost of Renting versus Buying

The Cost of Renting Vs. Buying a Home [INFOGRAPHIC]

The percentage of income needed to afford a median-priced home today is declining, while that for renting is on the rise.
This is making buying a home an increasingly attractive option for many people, especially with low mortgage rates driving purchasing power.
Let’s connect if you’d like expert guidance on exploring your homebuying options while affordability is high.

With the economy doing better we have notices that the interest rates are slowly on the rise. As of January 31 2018 here are the rates you can expect when you buy a home. These interest rates can change daily.


If you are interested in learning more or want to know what programs are out there that can help just give me a call or shoot me an email. I have lenders on my team that can help answer any questions you may have. To understand more about what has been going on with mortgages you can go to http://www.mortgagenewsdaily.com/consumer_rates/832564.aspx

Recently I have had people ask me "What if I find a home, but it needs repairs?". There is a loan program out there that allows you to add money to your loan for repairs or additions. For example, you found a home and you want to update the kitchen, or maybe you want to add an extra bedroom to the home. The house is selling for $200,000. This would be a good opportunity to get a 203K Loan. Your loan would be for $200,000 + the cost of the estimated repairs. Once your home goes under contract the next step would be to get a contractor out to the home ASAP and to give you an estimate of how much it would cost to do what you want to do. Let's say the cost will be $30,000. The next step is to have the appraiser look at the house and appraise the home as if the updates were complete. The total amount of the loan would be $230,000.
If you would like more information please let me know. I have lenders that can still get ...

The stock market posted modest losses during the holiday-shortened trading week while bond yields moved slightly lower. The 10-year treasury yield moved lower to 2.4054% after touching 2.50% in the prior week and ended 2017 nearly unchanged from the 2.45% mark where it ended in 2016.
There was a smattering of mostly positive economic news released during week. Initial Jobless Claims were unchanged from the previous week at 245,000 and remained near historically low levels. Although the Consumer Confidence Index for December was lower than expected at 122.1, it followed November’s 17-year high reading of 128.6. Meanwhile, the Chicago Purchasing Managers Index for December had its best reading (67.6) since March 2011 while its New Orders Index reached a three-and-a-half year high and the Production Index hit a 34-year high.
Pending Home Sales for November were better than forecast, rising 0.2% to push the
&nb ...

Weekly Review
The stock market advanced to new highs in anticipation both houses of Congress would reach an agreement on a tax cut bill. It appeared on Friday the reconciliation process had run its course as House Ways and Means Chairman Kevin Brady stated the conference committee had completed its negotiations. It now appears the Republican controlled congress has enough support to pass their tax reform bill with a final vote taking place sometime this coming week.

Bond yields were largely unchanged for the week although 10-year Treasury yields slipped a little lower on softer than expected inflation numbers from the release of November’s Consumer Price Index (CPI). The November CPI came in at 0.4% as forecast but the Core CPI, which excludes volatile food and energy prices, was reported to have increased just 0.1% versus a consensus forecast of a 0.2% increase. Els ...

August 18, 2020
Sellers Are Returning to the Housing Market 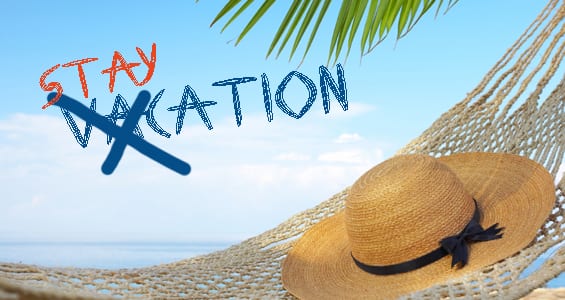 July 10, 2020
Prepare for the Ultimate StayCation

To continue searching, you must agree to the Terms of Use.

For the best experience, please provide your cell phone number and select accept below to opt-in to our Terms & Conditions and Privacy Policy to begin receiving text and voice communications.

or make a new notebook

Redirecting to searchsouthcentralmdhomes.com to complete your search.

Search the full MLS and Exclusive Property Listings.
(Prices and inventory current as of September 27, 2020)

Have a house to sell?

Find Out How Much Your Home Is Worth (optional)

We just need your phone number to finish creating your account.